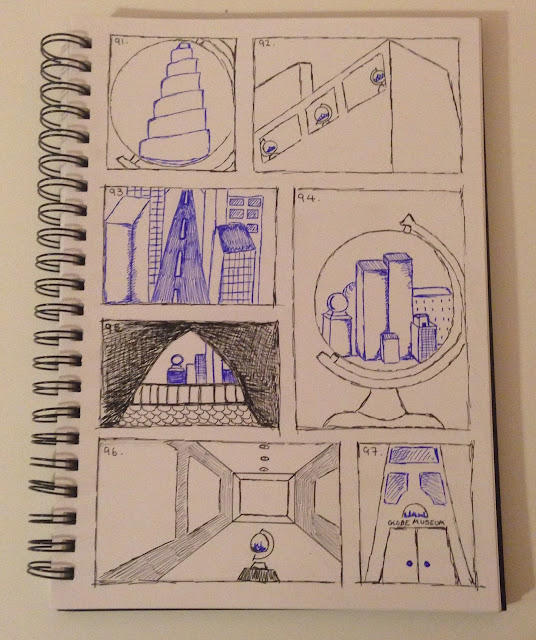 The more thumbnails I achieve, the more I seem to improve my concept drawings. Adding perspective and three dimensions have really made my thumbnails stand out more!
Posted by Jennifer Ball at 11:54 No comments:

Two worlds are featured. One above ground, Metropolis, has skyscrapers, stadiums and moving motorways in the sky.

The other , is underground where the workers work - where long hours become long days and extra work is crammed into every minute.

Underground and hidden beneath the earth's surface the set is machinery based, a functional, factory like enviroment filled with steam and working machines. Flashing light bulbs gave the viewer the impression that it was a busy place to work.

The trickery that Rotwang uses to capture Maria and transfer her face to a robot is probably one of the most significant experiments in science fiction history. "The electrical arcs, bubbling beakers, glowing rings of light and mad scientist props in the transformation sequence have influenced a thousand films." 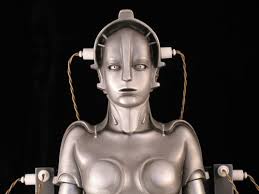 Conversely, above ground the city is a modern, and futuristic. It portrays business, typical of city life. The majority of city views are from the sky providing a helicopter view and perspective.

Arthur Lennig film critic said:
"To enjoy the film, the viewer must observe but never think."

At various times during the film it is hard to believe what the viewer is seeing as the set looks 'unreal'.    This may be due to the fact that the scene was physically made rather than created using CGI. 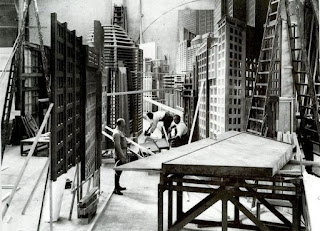 Research explains that the special effects team used mirrors and a camera to create the effect of size, perspective and space. 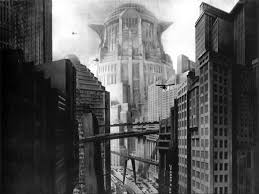